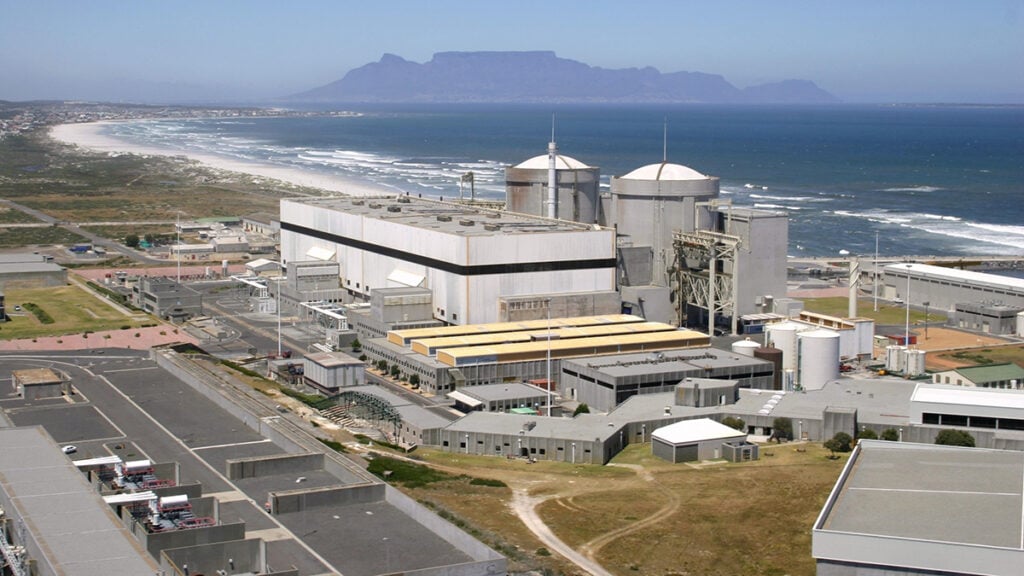 South Africa has entered a critical phase of revamping its sole nuclear plant and needs it to run according to plan to avoid deepening power cuts that are already at a record and wreaking havoc on the economy.

The first of two units at the 1,940-megawatt Koeberg plant was shut down last month for refueling and the replacement of its steam generators, work that’s expected to be completed in early June, state power utility Eskom said in an emailed response to questions. The overhaul of the second unit is due to begin a few months later.

The head of Eskom’s nuclear unit quit last year, while the utility’s chief executive officer will leave end of March, raising concerns that the company won’t be able to stick to its schedule. The plant, which was originally set to operate until 2024, is one of Eskom’s most reliable, making its return to service key to meeting the nation’s energy needs.

Located on the Atlantic coast about 27 kilometers north of Cape Town, Koeberg’s first unit was completed in 1984 and the second the following year. The replacement of its generators was originally expected to be completed in 2021 but the project was dogged by delays. The revamp will extend its lifespan by two decades.

“Frequent delays in returning units from maintenance are a serious cause of concern,” said Fanele Mondi, chief executive officer of the Energy Intensive Users Group, whose members include Anglo American Plc and Glencore Plc and account for about 40% of the nation’s electricity consumption. The work on Koeberg “is one such maintenance event that has to be done on time” as any delay will have a significant impact on the performance of the power system, he said.

Africa’s most-industrialized economy has been battered by chronic energy shortages since 2008 because Eskom, which supplies more than 90% of its power, can’t meet demand from its old, poorly maintained and defective coal-fired plants. Its so-called energy availability factor, a measurement of how much capacity can be utilized, has dropped to below half, leaving the nation’s grid increasingly vulnerable to collapse unless blackouts are implemented.

Koeberg has been among the best performing of Eskom’s more than two dozen power stations — its one unit ran uninterrupted for more than 400 days prior to the December shutdown, while the other has been operating for over 100 days. It is also the cheapest to run, with its electricity costing far less than that produced from coal- and diesel-fired plants.

Even so, the need for the Koeberg overhaul — which has been planned since 2010 — has grown increasingly apparent. One of its units had to be taken off line in 2020 after a jellyfish clogged a water cooling system filter and the following year the plant dispatched its smallest amount of electricity in about two decades as it underwent scheduled maintenance. The revamp will reduce its output this year and in 2024, Eskom said.

Rising costs are a concern, given that Eskom has amassed R396.3 billion of debt and isn’t generating enough electricity to cover its operating and interest costs.

The overall price tag of extending Koeberg’s lifespan was set at R20 billion in 2010, and Eskom said the final figure would be “very close” to that amount.

Even so, it has made a R2.7 billion provision for possible compensation claims associated with the steam generation project that may be related to the delays. The contractors’ claims are still being processed, and any comment on the expected final amount would be speculation, the utility said.