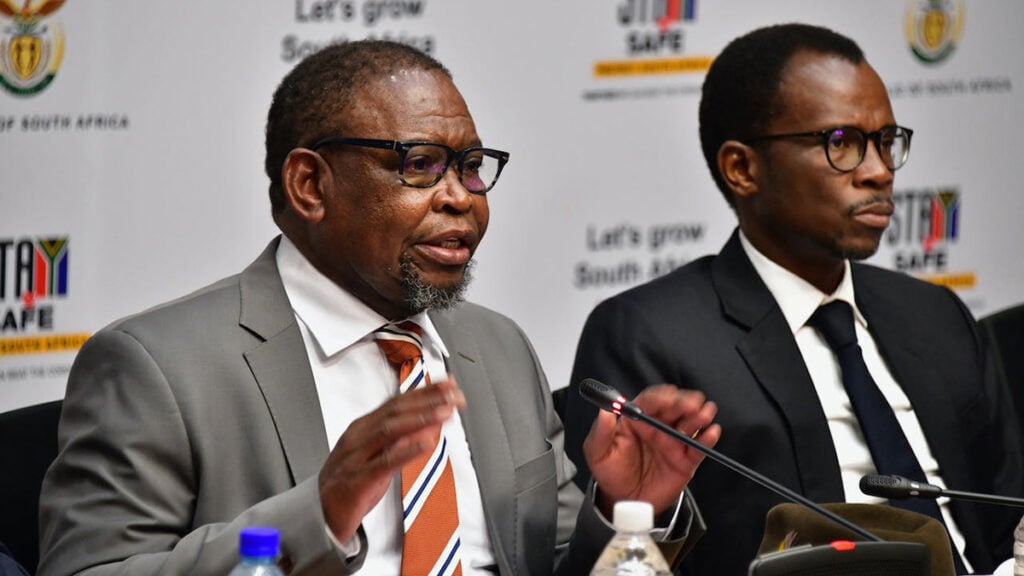 South Africa’s government will impose below-inflation wage increases on its 1.3 million workers, setting it on a collision course with labour unions that are closely allied to the ruling party.

Finance Minister Enoch Godongwana’s budget update on Wednesday provides for the state’s wage bill to increase by an average of just 3.3% in the three years through March 2026, less than anticipated inflation.

Talks with labour unions have all but collapsed, and the Department of Public Service and Administration has pledged to implement its offer of 3% increases and R1,000 ($56) monthly cash allowances.

“I don’t see us moving,” Godongwana said in an interview in his Cape Town office.

The government’s stance has angered the Congress of South African Trade Unions (Cosatu), which has been part of the country’s ruling alliance since the first multiracial elections in 1994.

Several of its affiliates have threatened to withdraw support for the governing African National Congress in the 2024 elections, and a decision will be taken by the federation’s leadership next month.

Unions representing most teachers have said that while their members aren’t happy with the state’s pay proposals, most have no appetite to strike. But the Public Servants Association, which represents about 235,000 national and provincial employees and isn’t part of Cosatu, has announced plans to down tools from Nov. 3.

The standoff is bad news for President Cyril Ramaphosa, who was already contending with public discord over record power outages, shoddy services and rampant unemployment, and his grip on power is looking increasingly tenuous. Several opinion polls show support for the ANC could drop below 50% nationally in 2024.

“This pronouncement by the ANC government does not solve the tensions that already exist between unions and the ANC, it really does not help at all,” Cosatu spokesman Sizwe Pamla said by phone.

“We remain hopeful that sanity will prevail and people will do the right thing because there will be no winners if we end up in a public service strike.”

State workers last downed tools in 2010 for three weeks before settling on a 7.5% increase.

“The offer on the table is in the best interests of the fiscus and public-service workers,” Godongwana told lawmakers. “Implementing it does not undermine the collective-bargaining process.”

Thulas Nxesi, the acting minister of public service and administration, said the government remains committed to mediation, but workers need to be paid their increases in the interim. While workers have the right to strike, they must do so responsibly, especially essential staff like nurses, who are barred from participating, he said.

State debt is set to peak at 71.4% of gross domestic product in the current fiscal year and the budget documents spell out why wage restraint is so pivotal if it is to be reined in.

Compensation accounts for 31.4% of government expenditure, crowding out spending on other priorities, after rising by an annual average of two percentage points above the inflation rate for the past decade.

“South Africa’s public-sector wage bill is substantially higher than that of its peer countries, and one of the highest among emerging markets,” the National Treasury said.

In addition to the 395,267 people employed by national government departments and the 912,856 who work for the nine provincial administrations, local government has 342,042 personnel and national state entities 117,619.

“Consumption expenditure remains excessive and it needs to be tightly controlled for South Africa to meet the fiscal trajectory” outlined in the budget, it said in a statement.